The history of machine tools can be traced to 1200 BCE with the bow lathe and bow drill. The bow drill was used as a way to start a fire, and the bow lathe was essential to making small tools. As time progressed, machine tools became an important part of the world today.The Steam Engine

The innovation of the machine tool allowed interchangeable parts and mass production to become a part of the reality of the 19th century. Within a half century of the first steam engine, the machine tools need for heavy metal parts were created.

Watt was a Scottish mechanical engineer who invented the boring mill which was powered by water. He also was involved with the success of the steam engine and the concept of horsepower. The SI unit (watt) was also named after James Watt because of his contribution to the development of it.

James Nasmyth invented the first shaper. He worked in a shop in London, England. His machine could plan tiny surfaces, cut keyway, and machine other straight line surfaces. He also invented the steam hammer that allowed individuals to forge heavier pieces.

Eli Whitney’s milling machine changed the entire world of agriculture. The basic principal of this machine tool was later used by Simeon North to produce firearms.

Each of the above men played a critical role in the development of machine tools. These men are only a few of the inventors that gave the world the broad variety of machine tools available today. If a person needs a tool, there is some form of a machine that can help design the perfect tool for the job.

We Pick-Up and Deliver

We work on any tools from anybody, anywhere. And for customers within our courier range, we pick up and deliver. 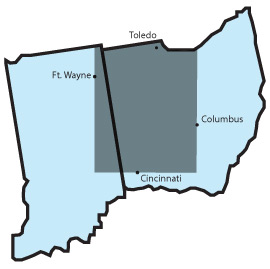